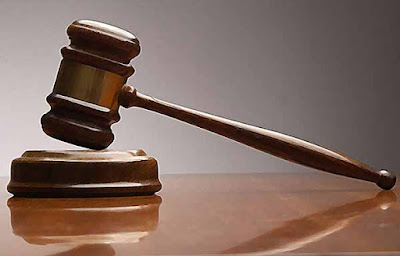 Judge Clay land pulled no punches in his Order for Sactions in the amount of $20,000 vs. Birther Wingnut Orly Taitz. Here is a small portion of his Order:

The Court finds that counsel’s conduct was willful and not merely
negligent. It demonstrates bad faith on her part. As an attorney,
she is deemed to have known better. She owed a duty to follow the
rules and to respect the Court. Counsel’s pattern of conduct
conclusively establishes that she did not mistakenly violate a
provision of law. She knowingly violated Rule 11. Her response to
the Court’s show cause order is breathtaking in its arrogance and
borders on delusional. She expresses no contrition or regret
regarding her misconduct. To the contrary, she continues her baseless
attacks on the Court. Defiantly defending the “position of the
patriots,” she scoffs at the notion that a federal court would

consider sanctioning her when she is on the side of such freedom
fighters as the late Justice Thurgood Marshall, a comparison that, if
accepted, would disgrace Justice Marshall’s singular achievements.
Counsel’s bad faith warrants a substantial sanction.
Counsel’s misconduct was not an isolated event; it was part of
a pattern that advanced frivolous arguments and disrespectful personal attacks on the parties and the Court. This pattern infected theentire proceeding, not just an isolated pleading. Her initial

Complaint was legally frivolous. Upon being so informed, counsel
followed it with a frivolous motion for reconsideration. In response
to the Court’s show cause order, she filed a frivolous motion to
recuse. In all of counsel’s frivolous filings, she hurled personal
insults at the parties and the Court. Rather than assert legitimate
legal arguments, counsel chose to accuse the Court of treason and of
being controlled by the “Obama Machine.” She had no facts to support
her claims–but her diatribe would play well to her choir. This
pattern of conduct reveals that it will be difficult to get counsel’s
attention. A significant sanction is necessary to deter such conduct.
Whether Ms. Taitz had the subjective purpose to cause injury
through her conduct cannot be easily ascertained. It is clear to the
Court, however, that objectively her actions demonstrate an attempt
by her to smear the Court and the judiciary because she did not
prevail. She accused the Court of treason based upon its dismissal
of her case. She maintained that the district courts in the Eleventh
Circuit must be controlled by the vast “Obama conspiracy” because

otherwise she would have prevailed on her claim. She suggested that
the Court violated the Code of Judicial Conduct by engaging in ex
parte communications when she had no evidence to support the
suggestion and when the credible evidence undisputably refuted the
suggestion. She frivolously asserted that the Court had a financial
interest in the litigation, posting the web site for the undersigned’s
financial disclosure reports in her briefing, for no reason other than
to advance a false assertion. Counsel’s smear attempts were not
limited to the Court; she appears to relish calling the President
names that added nothing to her legal arguments. The Court concludes
from this conduct that counsel did have an intent to injure anyone
associated with the litigation who did not agree with her.

Judge Land finished his order with: " While the Court derives no pleasure from its imposition of sanctions upon counsel Orly Taitz, it likewise has no reservations about the necessity of doing so. A clearer case could not exist; a weaker message would not suffice."

This site contains copyrighted material the use of which has not always been specifically authorized by the copyright owner. We are making such material available in our efforts to advance understanding of environmental, political, human rights, economic, democracy, scientific, and social justice issues, etc. We believe this constitutes a 'fair use' of any such copyrighted material as provided for in section 107 of the US Copyright Law. In accordance with Title 17 U.S.C. Section 107, the material on this site is distributed without profit to those who have expressed a prior interest in receiving the included information for research and educational purposes. For more information go to: http://www.law.cornell.edu/uscode/17/107.shtml. If you wish to use copyrighted material from this site for purposes of your own that go beyond 'fair use', you must obtain permission from the copyright owner.