Portrait of a Pathological Liar 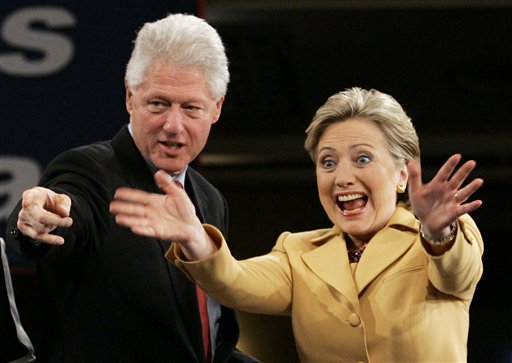 Hillary Clinton was caught in a "misspeak", known to Americans as a blatant lie, when she embellished her experience in Bosnia in a grandiose manner on four separate occasions and got caught.
Here is what Bill Clinton claimed today:

"And, you know. I got tickled the other day. A lot of the way this whole campaign has been covered has amused me. But there was a lot of fulminating because Hillary, one time late at night when she was exhausted, misstated and immediately apologized for it, what happened to her in Bosnia in 1995. Did y'all see all that? Oh, they blew it up." 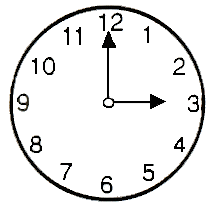 That's a lie, Bill.
Hillary actually "misspoke" four times over four months. Then the campaign had their surrogates and press staff fan out in order to defend Hillary's lie as the truth. Now many members of the Clinton campaign have claimed that Hillary simply misspoke "once." It's a flat-out lie. They know it's a lie. But they seem to think that you're so stupid, you won't notice. Amazing. And what is he talking about "late at night"? When was Hillary talking about Bosnia "late at night?" Now we're not just lying, but getting into some real detailed lies. (Also, Bill is admitting that Hillary isn't really on her game "late at night." Does 3am count as "late at night"?)

Lie #2
FEBRUARY 29: Clinton Said That The Welcoming Ceremony In Bosnia "Had To Be Moved Inside Because Of Sniper Fire." At the rally, she belittled the idea that Mr. Obama's 2002 speech 'at an antiwar rally' prepared him to serve as commander in chief. She said he was 'missing in action' on the recent Senate vote on Iran and as chairman of a subcommittee responsible for NATO policy in Afghanistan. Contrasting that with her own experience, she evoked foreign battlefields, recalling a trip to Bosnia as first lady, when the welcoming ceremony 'had to be moved inside because of sniper fire.' She said she had traveled to more than 80 countries and was 'on the front lines' as the United States made peace in Bosnia and Northern Ireland and helped save refugees from ethnic cleansing in Kosovo. [NYT, 3/1/08]


For those who required video evidence of these lies, enjoy the video:


Comment: We are at a time in our history when we have suffered through seven years of the worst presidency in modern American history. We have a president that lied to the American people 953 times according to official records in order to lead us into a war designed to provide billions of dollars to his cronies. American is in a state of serious decline, economically and internationally, as our reputation abroad is the worst it has been in our history thanks to George W. Bush. We don't need Bush-Clinton-Bush-Clinton!
Wake up America:

WE CANNOT AFFORD ANOTHER LIAR IN THE WHITE HOUSE. HILLARY WILL SAY ANYTHING TO GET ELECTED.