Voting on change.org’s “Ideas for Change in America” came to a close today with “Legalize the Medical and Recreational Use of Marijuana” coming in as the most popular idea. The top ten ideas will be presented to President-elect Obama during a press conference on Friday.

Change.gov, Obama’s official transition Web site, has twice opened up voting in a similar feature called “Open for Questions.” Each time, a question about marijuana policy reached the top ten. And each time, the transition team brushed off the question by simply stating that “President-elect Obama is not in favor of the legalization of marijuana.” It will be interesting to see how he responds this time, as the question includes medical marijuana, something Obama has been fairly supportive of in the past.

As of 5:00 p.m. today, the marijuana policy question had received 19,530 votes – 4,500 more than “Appoint Secretary of Peace in Department of Peace and Non-Violence,” which came in second on the list. In addition, change.gov has opened voting in a new online forum called the “Citizen’s Briefing Book.” “Ending Marijuana Prohibition” is currently the most popular idea. 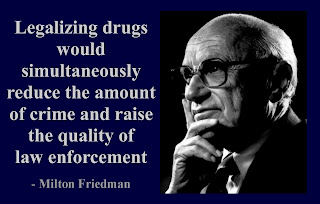