World Trade Center
9/11 rivals the Kennedy Assassination for the number of conspiracy theories, so rather than just introduce another one, we felt it better that we simply raise important questions and let our readers further speculate. The first that comes to mind is the fact that apparently there were many who knew in advance of the impending attacks.  We will examine a few who did.
THE MONEY MEN
Evidence to support the theory that U.S. officials had at least had some foreknowledge of the attacks comes from David Schippers, the chief prosecutor for the impeachment of President Bill Clinton, who reportedly received warnings from FBI agents about the attacks six weeks earlier. Other government officials, including Attorney General John Ashcroft, would not respond to the warnings.

There was the extraordinarily high volume of "put options" purchased in the three days before the attacks with investors betting that stock in United and American Airlines - the two airlines used in the attacks - would go down. There were also a suspiciously high number of put options for Morgan Stanley Dean Witter, which occupied 22 stories of the World Trade Center.

In a revealing article by Michael C. Ruppert, he states: FTW, October 9, 2001 - "Although uniformly ignored by the mainstream U.S. media, there is abundant and clear evidence that a number of transactions in financial markets indicated specific (criminal) foreknowledge of the September 11 attacks on the World Trade Center and the Pentagon. In the case of at least one of these trades -- which has left a $2.5 million prize unclaimed -- the firm used to place the "put options" on United Airlines stock was, until 1998, managed by the man who is now in the number three Executive Director position at the Central Intelligence Agency. Until 1997 A.B. "Buzzy" Krongard had been Chairman of the investment bank A.B. Brown. A.B. Brown was acquired by Banker's Trust in 1997. Krongard then became, as part of the merger, Vice Chairman of Banker's Trust-AB Brown, one of 20 major U.S. banks named by Senator Carl Levin this year as being connected to money laundering. Krongard's last position at Banker's Trust (BT) was to oversee "private client relations." In this capacity he had direct hands-on relations with some of the wealthiest people in the world in a kind of specialized banking operation that has been identified by the U.S. Senate and other investigators as being closely connected to the laundering of drug money."

This makes it clear that the U.S. Government, specifically the Securities and Exchange Commission knows the names of the investors who made millions through their foreknowledge of the attack.

"A NEW PEARL HARBOR"
The First Evidence of Planned Attacks
Following the PNAC Blueprint
Under the leadership of Paul Wolfowitz, the plans were laid for the attack on New York and Washington D.C., the psychological attack on the American people, and the diversion of billions of dollars from the American people to the defense industry, under the capable leadership of Halliburton (Cheney), Bechtel, etc. The group was called the Project for a New American Century. PNAC's ideology can be found in a White Paper produced in September of 2000 entitled "Rebuilding America's Defenses: Strategy, Forces and Resources for a New Century." In it, PNAC outlines what is required of America to create the global empire they envision.  This video describes the plan: The Planning of 9/11 - The New Pearl Harbor.

Their plans are outlined in a document entitled, "Rebuilding America's Defenses", which has since been removed from the PNAC website. The plan shows Bush's cabinet intended to take military control of the Gulf region whether or not Saddam Hussein was in power. It says: 'The United States has for decades sought to play a more permanent role in Gulf regional security. While the unresolved conflict with Iraq provides the immediate justification, the need for a substantial American force presence in the Gulf transcends the issue of the regime of Saddam Hussein.'

The PNAC document supports a 'blueprint for maintaining global US pre-eminence, precluding the rise of a great power rival, and shaping the international security order in line with American principles and interests'. This 'American grand strategy' must be advanced for 'as far into the future as possible', the report says. It also calls for the US to 'fight and decisively win multiple, simultaneous major theatre wars' as a 'core mission'. PNAC members include: Dick Cheney, Donald Rumsfeld, Paul Wolfowitz, Jeb Bush, Dan Quayle, and Lewis Libby.

The Illuminati Game
SPECIFIC KNOWLEDGE OF THE PLAN TO ATTACK ON 9/11 AND BEYOND WAS APPARENTLY WELL KNOWN AS FAR BACK AS 1995! Part 1 - Future Cataclysmic Events Accurately Foretold In 1995 Illuminati Card Game in nine pertinent playing cards of the "Illuminati New World Order" Game, how did the inventor know -- in 1995 – the specifics of the three events comprising the 9/11 attacks? 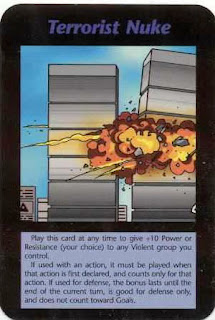 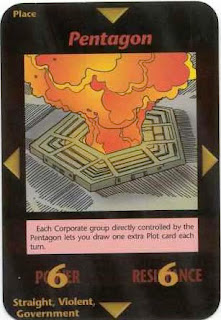 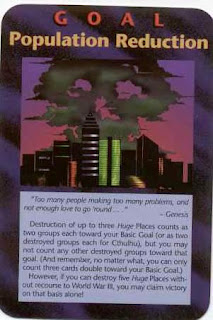 Many believe that Israel had knowledge of the 9/11 attacks before they actually occurred. The Associated Press has even reported that Mossad had foreknowledge months in advance. While it is possible that Israel may have been behind the attacks, it is also possible that they simply had knowledge of what was going to occur and let it happen so as to benefit their own interests. Odigo, the instant messaging service, says that two of its workers received messages two hours before the Twin Towers attack on September 11 predicting the attack would happen.

Zim American Israeli Shipping Co., Inc. broke the lease when it vacated the rented offices on the 16th and 17th floors of the north tower of the World Trade Center shortly before the Sept. 11 disaster. Zim’s WTC office space had been leased until the end of the year and the company lost $50,000 when it suddenly pulled out in the beginning of September. The parent company, Zim Israel Navigation Co., is nearly half-owned by the state of Israel, the other half held by Israel Corp. Zim is one of the world’s largest container shipping companies, operating an international network of shipping lines. An Israeli businessman from Australia, Frank Lowy, had acquired the 99-year lease for the 425,000 square foot retail portion of World Trade Center before the WTC attacks of Sept. 11, reported The Jerusalem Post on Sept. 12.

Lowy is chairman and founder of Westfield Holdings, and the manager of Westfield America Trust, which has a 57 percent stake in Westfield America Inc. In April 2001, Westfield America agreed to pay $400 million for the lease on the complex though only $133 million was paid; the rest was to be made in ground lease payments. Westfield was insured against terrorist attacks and its earnings not materially affected. In a statement to the Australian Stock Exchange the retail chain said that “investment in the retail component of the World Trade Center is fully insured for both capital and loss of income,” adding “the insurance coverage includes acts of terrorism.

OTHERS WHO WERE WARNED IN ADVANCE
Attorney General John Ashcroft
On July 26, 2001, cbsnews,com reported that John Ashcroft had stopped flying on commercial airlines. Ashcroft used to fly commercial, but stopped two months before 9/11.  The Justice Dept. reported that he did so because of a "threat assessment" by the FBI and upon their advice.
San Francisco Mayor Willie Brown
Mayor Brown got a call from what he described as his airport security - - a full eight hours before the terrorist attacks -- advising him that Americans should be cautious about their air travel. It has been rumored that his "airport security" was actually an advance warning by his close friend, Condoleeza Rice, although this has not been substantiated.
Well, these are just a few of the literally thousands of questions surrounding the events of Sept. 11, 2001.   It appears that the attacks were not the best kept secret in the World.