Early on in his wife's campaign, Bill Clinton decided to take an active role. He was very effective in New Hampshire in assisting in his wife's win in that state. In fact, he was a bit over-active and his intensity and his ego began to work against him.

Barack Obama, a brilliant strategist, subtly attacked Bill's ego in a radio broadcast where he stated that the one presidential administration that was truly transformative over the past several decades was that of Ronald Reagan, who truly set this country on a different course. He added, "unlike the presidencies of Nixon or Clinton". Bill's ego wouldn't allow him to accept this and he went on a wild binge, yelling and pointing his figure at the press, at individuals, using the race card not a bit subtly, and constantly complaining that Barack Obama doesn't honor his (Bill's) accomplishments during his administration.

Bill even complained about this last week, so Obama's little dig REALLY got Old Bill in the ego. Yesterday, he even forgot that it was his wife running, not him. Check out this video: 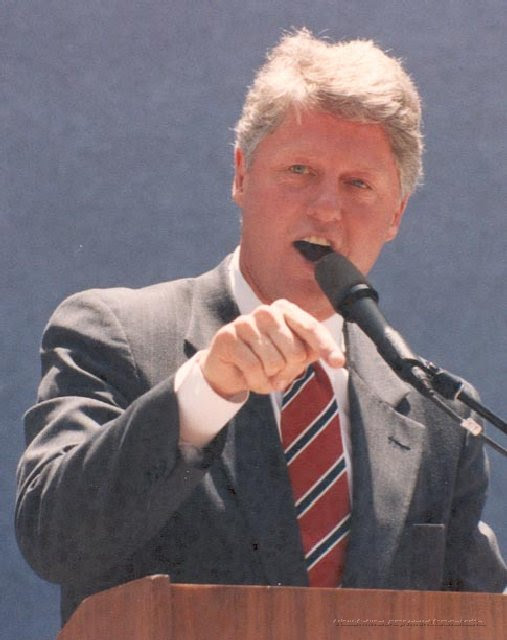 It's still ALL ABOUT BILL.
Posted by WIZolman at 5:57 AM