A Real Birth Certificate Fraud the Birthers Will Ignore 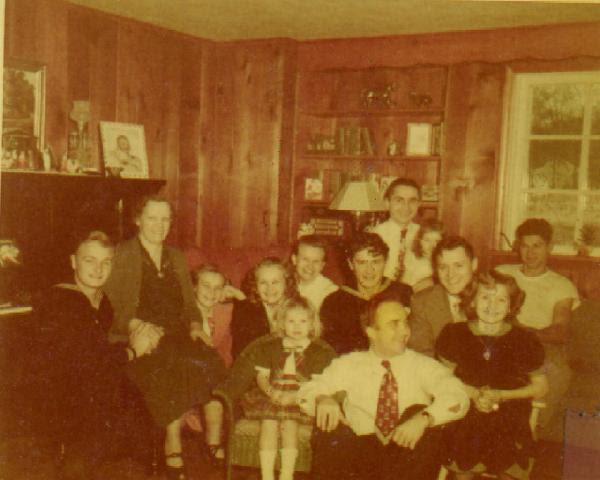 Deathbed confessions, Photos support claims that George H. Scherf(f), Jr., was the 41st U.S. president going under the name George H.W. Bush
According to Otto Skorzeny, pictured is the Scherff family and a few friends (circa 1938). Holding “Mother" Scherff’s hand at left is Martin Bormann. In front is Reinhardt Gehlen. In back is Joseph Mengele and to his right is Skorzeny as a young man. At center right (in the German navy uniform) is George H. Scherff, Jr. and his father George H. Scherff, Sr. Bormann became Hitler’s second in command. Reinhardt Gehlen was a chief SS officer and assassin who was smuggled out of Germany under Operation Paperclip. Skorzeny was Hitler's bodyguard and SS spy/assassin who came to the U.S. after the war under Project Paperclip. Skorzeny and GHW Bush were instrumental in merging Nazi (SS) intelligence with the OSI to form the CIA with "Wild Bill" Donovan and Allen Dulles. These guys were also part of CIA mind control experiments such as MK-ULTRA. SS officer and physician Joseph Mengele, the notoriously sadistic “Angel of Death” of Auschwitz, escaped Germany to South America after the war. George H. Scherff, Jr., became the 41st President of the United States as GHW Bush and George H. Scherff, Sr., was Nicola Tesla’s “trusted assistant.”

What you are about to read is another step beyond research pioneered in the early 90s by author/historian Webster Tarpley based largely on deathbed “clues” provided by former Hitler bodyguard Otto Skorzeny and his box of photographs. Since Skorzeny’s death in 1999, the various leads he provided have been followed up and tend to support what, at first blush, would appear to be the unbelievable rantings of an embittered old man. What remains constant as we pore through publicly available official records, private correspondence, memoirs, newspaper articles, photos and other “clues” is that Bush family records (the ones that exist) are a puzzle palace of inconsistencies and curiosities. Since it is a congressionally established fact that Prescott Bush was in business with the Nazis during WWII, we can safely say that the Bush/Nazi connection existed.

Who are the Bushes? How did they get connected with the Nazis? Is the connection still alive through U.S. presidents George H.W. Bush and George W. Bush? The answers are not as literal as we would like them to be. But we have the testimony of Otto Skorzeny and his photos—especially the one above. So, here we go—the first installment of an investigation that points to a curious conclusion: The “Bush” family was created to destroy America.

This site contains copyrighted material the use of which has not always been specifically authorized by the copyright owner. We are making such material available in our efforts to advance understanding of environmental, political, human rights, economic, democracy, scientific, and social justice issues, etc. We believe this constitutes a 'fair use' of any such copyrighted material as provided for in section 107 of the US Copyright Law. In accordance with Title 17 U.S.C. Section 107, the material on this site is distributed without profit to those who have expressed a prior interest in receiving the included information for research and educational purposes. For more information go to: http://www.law.cornell.edu/uscode/17/107.shtml. If you wish to use copyrighted material from this site for purposes of your own that go beyond 'fair use', you must obtain permission from the copyright owner.
Posted by WIZolman at 10:09 AM