Bailed-out AIG Bails Out on Vets 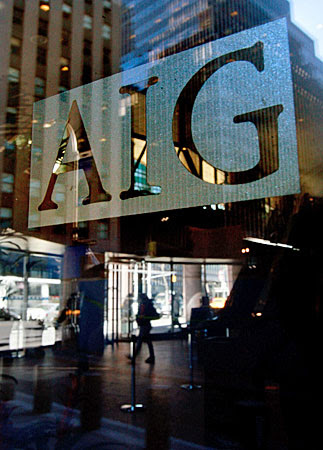 Bailout Beneficiary Bails
Insurance giant AIG, the same company that rewarded its executives with millions in bonuses and spent hundreds of thousands of dollars on a spa retreat at an exclusive California resort and private jets, has been nickel and diming employees of private contractors injured in Iraq, with a pattern of denying and delaying their claims, a joint investigation between 20/20, the Los Angeles Times and the non-profit group ProPublica has found. The insurance giant doled out hefty bonuses but skimped on disability benefits.

In a joint investigation with 20/20, ProPublica and the Los Angeles Times analyzed some 30,000 claims filed by people working for American defense contractors overseas, covered by AIG under a federally-mandated program. Almost half – 43 percent – of the most serious cases were challenged by AIG, the analysis found, particularly those where claims were made for treatment of post traumatic stress disorder.

CLICK TO READ THE WHOLE STORY ON ABC NEWS