Is There Any Gold in Fort Knox? 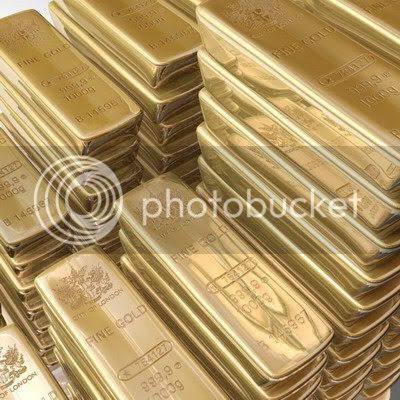 That is the $137 Billion Question
My wife and I watched the James Bond classic film, "Goldfinger" the other evening and began discussing Fort Knox and whether or not it is still a gold depository for America or if it has been "raided" by one of our leaders. This coincides with a movement being led by Congressman and former Presidential candidate Ron Paul to determine the same thing. Is there any gold there?
Since its construction in 1937 the treasures locked inside Fort Knox have included the US Declaration of Independence, the Gettysburg Address, three volumes of the Gutenberg Bible and Magna Carta.

It is not the security of the facility in Kentucky that is a cause of concern: it is the matter of how much gold remains stored there - and who owns it. They are worried that no independent auditors appear to have had access to the reported $137 billion stockpile of brick-shaped gold bars in Fort Knox since the era of President Eisenhower. After the risky trading activities at supposedly safe institutions such as AIG they want to be reassured that the gold reserves are still the exclusive property of the US and have not been used to fund risky transactions. In other words, they want to be certain that the bullion has not been rendered as valueless as if a real-life Goldfinger had stolen it.

“It has been several decades since the gold in Fort Knox was independently audited or properly accounted for,” said Ron Paul, the Texas Congressman and former Republican presidential candidate, in an e-mail interview with The Times. “The American people deserve to know the truth.”

Mr Paul has so far attracted 21 co-sponsors for a Bill to conduct an independent audit of the Federal Reserve System - including its claims to Fort Knox gold - but an organization named the Gold Anti-Trust Action Committee (GATA) is taking a different approach. It has hired the Virginia law firm William J.Olson, PC, to test President Obama's promise to bring “an unprecedented level of openness” to the Government and next month it will file several Freedom of Information requests for a full disclosure of US gold ownership and trading activities.

"To keep up with the country’s mounting gold reserves, the United States Bullion Depository opened at the Fort Knox U.S. Army Garrison in Kentucky in 1937. The first shipment of gold arrived from Philadelphia in trains surrounded by military troops. Fort Knox is framed in steel with walls of concrete.

Despite the defense of a 20-ton steel door, a dirty rumor in the 1970s suggested that the gold in Fort Knox was gone. To quell people’s fears, the director of the United States Mint guided congressmen and journalists through one room of the vault, and its 8-foot-tall stacks of 36,236 bars of gold. Each bar weighs 400 troy ounces according to the U. S. Department of Treasury. One troy ounce equals about 1.1 avoirdupois ounces. The entire stockpile now weighs 147.3 million troy ounces, which is worth about $130 billion at today's prices.

The Fort Knox inspection visit of several congressmen and newspeople on Sept. 23, 1974 is still the source of more questions than answers. It was the first time any average citizen had been allowed inside the Ft. Knox bullion depository in memory. However, no experts on gold were allowed, no assays were run, and some of the witnesses complained that they were only allowed to look at the gold through small peepholes, and a few added that the color of the gold seemed to be wrong.

The website of the US Mint says that the 147.3 million troy ounces of gold in Fort Knox “is held as an asset of the US”. It does not elaborate.

There is no gold at Fort Knox. When Ronald Reagan was President he assigned a committee called the "Gold Committee" to investigate this matter. The results was staggering. There is no gold at Fort Knox. It is being held by the Federal Reserve Bank (which is privately owned by international bankers) as collateral for America's debt. This explains why there has been no audits of Fort Knox. THE AMERICAN GOVERNMENT AND THE INTERNATIONAL BANKERS DO NOT WANT THE AMERICAN PUBLIC TO KNOW THIS. Do you know there was a time in American history when it was illegal to have gold coins? Did you know Americans were required to turn in their gold coins to the federal government for $20.00 an ounce? This gold was melted down and sold to foreign companies and countries for $35.00 an ounce while it was illegal for Americans to buy any gold from Fort Knox. This is and was the biggest robbery of monies ever from the American people.

O.K. so we'll leave it up to our readers until such time as Ron Paul is or is not able to make a determination. Do you have opinions or information to share? Just post it under "Comments" and let's see if we can make some headway. It IS over $130 billion.