The Electric EV-1 - 200 Miles per Charge - Destroyed by General Motors
I'm not sure anyone is listening, but it's clear to most of us conscious carbon based beings that Americans reached the breaking point and made a collective decision that they don't want to be squeezed any longer by oil companies owned by the very people who have bankrupted this nation -- intentionally.
GM should be allowed to go into bankruptcy. They INTENTIONALLY deprived the American people of a wonderful electric car that would go an excellent 200 miles per charge.
That would easily take care of most people's daily commuting needs. Unfortunately, we're years away from having a battery like this right? Batteries just aren't good enough to power cars and free households from dependence on oil companies and electrical utilities, right? Wrong. It exists, or rather it existed. The battery problem has been largely solved and not just in theory, but in production. Then GM bought its way in as a condition for using the battery in its cars. Then it sold its share in the company to Chevron. And now the battery is gone.
GENERAL MOTORS IS AN ENEMY OF AMERICA'S TRANSPORTATION SYSTEM
The US used to have a well developed electric street car system. What happened to these street car lines which could be found in every city from Boston to Los Angeles? General Motors & friends bought them up and destroyed them. THIS IS Not a conspiracy theory. It is a Historical fact, affirmed in court.

You know, maybe it wouldn't be such a bad idea if General Motors did go out of business. What has the destruction of the nation's street car system cost the country? A trillion dollars? Ten trillion dollars? You'd have to add up all the oil consumed that didn't have to be, all the environmental diseases that didn't need to happen, and all the economic constraints on poor and low income people that didn't need to be. Then there are the quality of life issues which are incalculable. Go to super-prosperous cities like Basel and Zurich in Switzerland and you'll see they excellent street car systems - just like we used to have in the US.


GENERAL MOTORS COMPLETES THE JOB AND SHREDS THE CARS

The Air Car
READY FOR MARKET NOW
The BBC reported on the French version of this technology which we featured in an earlier item. This report from Australia goes into more depth and also covers an Australian version. How many billions of dollars in research and development funds would the big automakers claim they need to get this far?
Yet, the technology is here now, ready to exploit and it is not being used. What's the hangup? Why are we allowing ourselves to be dependent on foreign countries for our energy?
* spending billions to transport and refine a highly toxic material?
* polluting our air thereby sickening and killing people, especially children, with toxic fumes?
* putting a massive, daily "transportation tax" on everyone who drives a car?

HENRY FORD'S AMAZING HEMP CAR
DEAR MR. PRESIDENT
Instead of wasting any more money on companies that put profits before the American people, why not put it in or buy out the following companies which are already producing and manufacturing the cars we want NOW -- not then.
TESLA MOTORS: 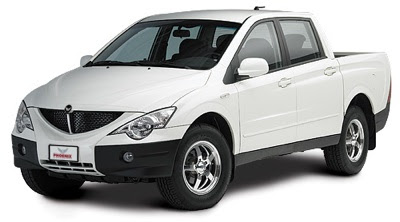 Americans want cars powered by electricity, by solar, by air, by natural gas, by hydrogen . . . you name it and we will buy it. I am developing this idea as I write this .