A Response to Obama on Legalizing Marijuana 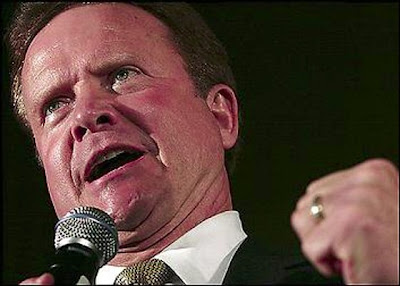 Webb Will Fight to End Insane Drug Policy
Mr. Obama's joking response to a serious question posed by thousands of his supporters was discomforting enough for us to post yesterday's remarks which we entitled, THE PRESIDENT MADE A BIG MISTAKE. His comments and attitude has spurred other reactions as well. Here is one:

"Despite the president's flippant comments today, the grievous harms of marijuana prohibition are no laughing matter," said Jack Cole, a former undercover narcotics officer and founding member of Law Enforcement Against Prohibition, in a statement to RAW STORY. "Certainly, the 800,000 people arrested last year on marijuana charges find nothing funny about it, nor do the millions of Americans struggling in this sluggish economy. It would be an enormous economic stimulus if we stopped wasting so much money arresting and locking people up for nonviolent drug offenses and instead brought in new tax revenue from legal sales, just as we did when ended alcohol prohibition 75 years ago during the Great Depression."

Better yet, Senator Jim Webb of Virginia was quietly preparing to introduce major legislation which has the potential to dramatically alter US drug laws. Calling the US criminal justice system "a national disgrace," two US senators called for a top-to-bottom review with an eye on reforms aimed at reducing America's vast prison population.

According to a document released by Sen. Webb's office, "Its task will be to propose concrete, wide-ranging reforms to responsibly reduce the overall incarceration rate; improve federal and local responses to international and domestic gang violence; restructure our approach to drug policy; improve the treatment of mental illness; improve prison administration, and establish a system for reintegrating ex-offenders."

The Virginia lawmaker noted soaring numbers of drug offenders in prison, and charged that four times more mentally ill people are incarcerated than are in mental health hospitals. "We are doing something drastically wrong," said Webb, whose plan also aims to improve the US response to armed gangs, especially drug-related groups, as it seeks to bring the prison population down from about 2.4 million people.

"The high-level commission created by the National Criminal Justice Commission Act of 2009 legislation will be comprised of experts in fields including criminal justice, law enforcement, public heath, national security, prison administration, social services, prisoner reentry, and victims' rights," read a statement from Webb's office. "It will be led by a chairperson to be appointed by the President. The Majority and Minority Leaders in the House and Senate, and the Democratic and Republican Governors Associations will appoint the remaining members of the commission."

About five million people are on probation or parole.

"We are not protecting our citizens from the increasing danger of criminals who perpetrate violence and intimidation as a way of life, and we are locking up too many people who do not belong in jail," said Webb.

We agree with you, Senator Webb, and encourage everyone to forward our article supporting the legalization of marijuana to the White House.
Here is the link: THE PRESIDENT MAKES A BIG MISTAKE.