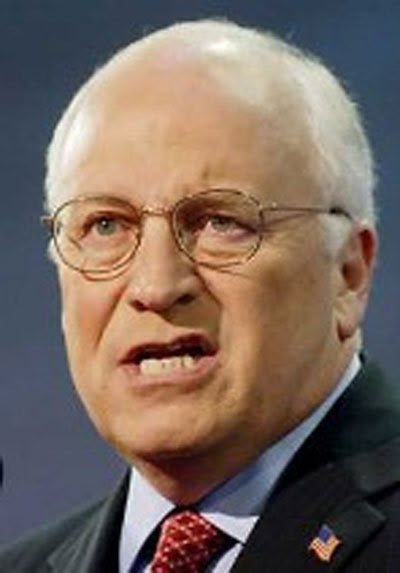 The Godfather - Murder, Incorporated
This may be the final straw for those on the fence as to whether or not to prosecute George Bush and Dick Cheney for war crimes. Dick Cheney assumed the role of Godfather and led an unregulated or supervised HIT SQUAD which violates both Federal and International law. This man should be tried, convicted and executed.

Investigative reporter Seymour Hersh dropped a bombshell on Tuesday when he told an audience at the University of Minnesota that the military was running an "executive assassination ring" throughout the Bush years which reported directly to former Vice President Dick Cheney.

The remark came out seemingly inadvertently when Hersh was asked by the moderator of a public discussion of "America's Constitutional Crisis" whether abuses of executive power, like those which occurred under Richard Nixon, continue to this day.

Hersh replied, "After 9/11, I haven’t written about this yet, but the Central Intelligence Agency was very deeply involved in domestic activities against people they thought to be enemies of the state. Without any legal authority for it. They haven’t been called on it yet."

Hersh then went on to describe a second area of extra-legal operations: the Joint Special Operations Command. "It is a special wing of our special operations community that is set up independently," he explained. "They do not report to anybody, except in the Bush-Cheney days, they reported directly to the Cheney office. ... Congress has no oversight of it."

"It’s an executive assassination ring essentially, and it’s been going on and on and on," Hersh stated. "Under President Bush’s authority, they’ve been going into countries, not talking to the ambassador or the CIA station chief, and finding people on a list and executing them and leaving. That’s been going on, in the name of all of us."

Hersh told MinnPost.com blogger Eric Black in an email exchange after the event that the subject was "not something I wanted to dwell about in public." He is looking into it for a book, but he believes it may be a year or two before he has enough evidence "for even the most skeptical."

Eric Black's blog posting, which includes an hour-long audio recording of the full University of Minnesota colloquy, is available here.